Off to the Cairngorms – then to RAF Winter Course for a wee chat at Grantown on Spey.

Posted on February 26, 2013 by heavywhalley.MBE 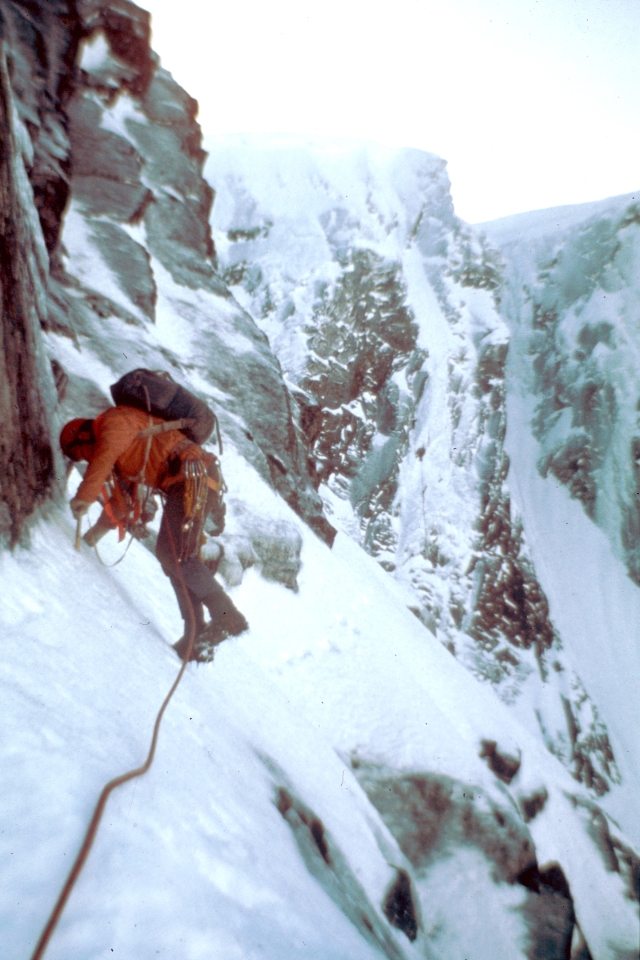 I managed to dig up an old photo of Tower Ridge on the RAF Mountain Rescue Winter Course in 1974, what a great but long day.  My first look down the gap in winter was scary and a climber (very famous) came up Glovers as I was in the Gap and I was terrified, nothing changes. Walking off in the dark and with 6 others who were stuck at the gap  ()they were not with us) made it a long day. It is a time that I will never forget that two weeks and one of the best of my life, two weeks of hard work getting out every day and learning new skills.  The crampons that I was issued with were bent to the boots in the RAF workshops and hopefully you got a descent pair, they regularly broke with metal fatigue after being heated up in workshops by some half – wit.  Hard earned money went on the new kit which you guarded with your life and built up your gear, every penny was spent on descent kit. I remember ice axe breaking every day and falling leader practice and even ice axe breaking with crampons on! THIS RESULTED IN SO MANY INJURIES THANK GOD IT WAS STOPPED! – There were so many great things it will be fun to get out. Most night we had a lecture on navigation, avalanches, winter belays and many other subject. Many from Glenmore Lodge came and talked, Allan Fyfe, Blyth Wright and Peter Cliff were regular speakers. It was and is a great time and you learned so many skills.. I will be off to the Cairngorms later on before the wee chat tonight and hopefully meet the guys and girls of the RAF enjoying this incredible weather. It is perfect for teaching but a slip or trip can be so serious so be aware take care. 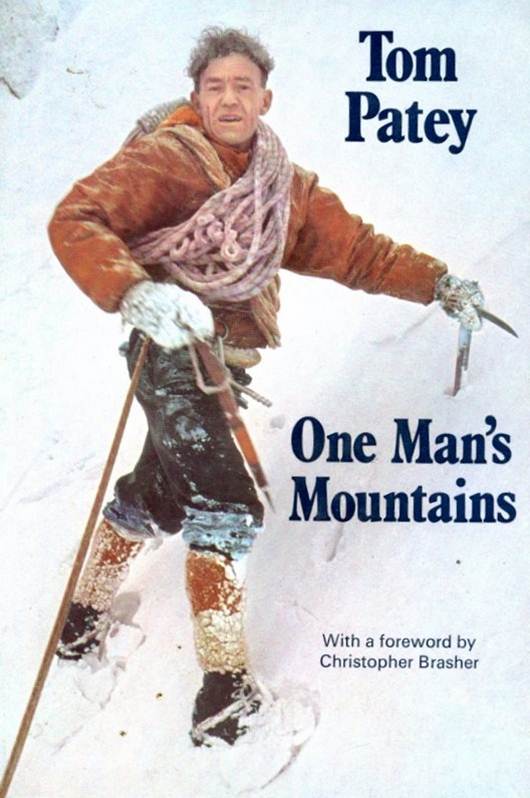 Tom Patey – look at the gear he is wearing!

– The chat is about the progression Of Scottish winter climbing over the years. Look at the gear Tom Patey has on and is wearing in late 50’s it is incredible and the climbs he and his friends did is amazing. Even before Tom, Hamish, Jimmy Marshal, Robin Smith, John  Cunningham came Raeburn, Collie, Murray and so many more. Look at the dates of the routes climbed and what a story, add in the changes in gear from the simple ice axe to the  kit of today and we have a huge heritage. Add in all those new young great climbers pushing the boundaries in the unique Scottish Mixed climbing and the incredible Andy Nisbet and friends still pushing new routes we have some tale to tell. When I used to climb a lot and went to Canada ice climbing in the early 80’s they thought all Scots could climb, I soon showed them but how great a sport it is.  From the days of Zero and Point 5 being the hardest climbs  and Ian Nicholson solos of both before lunch in the early 70’s the world has changed in winter climbing. I doubt if I have many more big climbs left but every one despite all the gear nowadays is a classic. When you look  how they were done with basic kit and equipment and in the vagaries of the Scottish weather what a heritage we have and so many tales we have to tell. 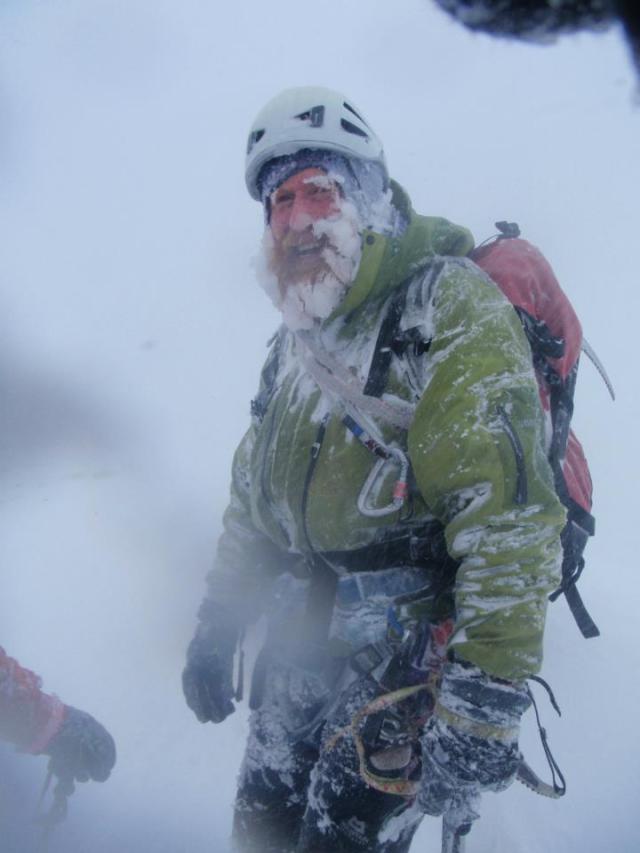 The incredible Andy Nisbet – Scotland most prolific winter climber photo A. Nisbet collection. I want a beard like that Andy!

2 Responses to Off to the Cairngorms – then to RAF Winter Course for a wee chat at Grantown on Spey.