In the Shadow of Ben Nevis – Book Launch in the Eastgate in Inverness at 18.30 on Thursday 21st April. 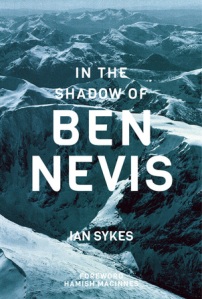 Out to Inverness tonight to hear Ian Spike Sykes talk about his book In the Shadow of Ben Nevis. Hopefully will be a good night and catch up with some old pals. I really enjoyed the book and wrote a piece the other day on it on a previous blog.,

In the Shadow of Ben Nevis tells Spike s story from growing up in Leeds in the aftermath of the Second World War, to his time with the RAF during the cold war. He was a leading member Of the RAF Kinloss MRT. 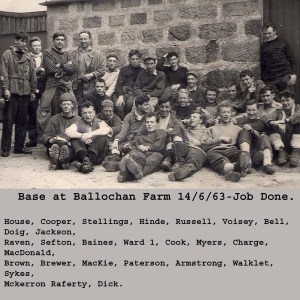 After leaving the RAF, he remained an active member of the Lochaber Mountain Rescue Team and was involved in the first lower down the north face of Ben Nevis an epic 1,500-foot descent to rescue stricken climbers in the middle of winter.</>

Following a two-and-a-half-year stint on Antarctica with the British Antarctic Survey, he returned to the Highlands and opened the first Nevisport shop with his close friend Ian Suds Sutherland. Together, they brought Sunday trading to Fort William and were one of a small number of shops to revolutionise outdoor retail in the UK. Later, he was a key player in the development of the Nevis Range ski area. Over many years, and against all odds, the project became a reality and a great success.

Recounted within these pages are a great many lively tales of adventures and mishaps, told with immediacy and charm. With a foreword by legendary Scottish mountaineer Hamish MacInnes, a close friend of Spike s, In the Shadow of Ben Nevis is a must-read for anyone with an interest in Scottish mountaineering and mountain rescue.

IN THE SHADOW OF BEN NEVIS