Looking after each other and dealing with Post Traumatic Stress Disorder and mental Illness!

Many will know that I suffered from PTSD after Lockerbie in 1988 and at times it still effects me! I have written about it many times in my Blog and regularly hear from so many who suffer from it. It is sad to see that such a tragedy like Lockerbie that effected nearly 70% of my team of 36 many only realising this recently over the last 10 years! So many families have had to deal with this and the strains on the families and loved ones ares huge. I know this from my time in the dark room! I also was heavily involved in the Shackleton Crash in Harrris in 1990 where 9 souls  died and the Chinook Crash on the Mull of Kintyre in 1994 where there were 29 fatalities. I was unfortunate to be on scene very fast on all these tragedies, so I sadly speak with vast experience on this subject. I also feel that this is so different from a war scenario where you expect to see death and trauma. On all occasions we were not expecting to experience anything so traumatic.

PTSD is one of the mental illnesses most associated with military service but there are a range of other more common mental illnesses which might affect Service and ex-Service personnel. These include depression, feelings of anxiety, panic attacks and substance misuse, most commonly alcohol misuse. Yet many of my friends in the Rescue Agencies have been in touch and said they were having problems as well. This was not just a military problem.

I am proud that in these dark days in 1988 we help raise the huge problems in the military with so many suffering from PTSD. This was not easy as the military and all the emergency services still did not acknowledge PTSD. We have come a long way since these days! I was slated at the time by the establishment for asking for help by those who should know better! Sadly many in Mountain Rescue said I was wrong and to man – up. Our families and loved ones could not understand what we had been through.  Yet despite it was worth the effort, heartbreak and problems over many years I feel!

Sadly I still hear from those who served with me in Mountain Rescue and other Agencies and yet only recently after all these years have suffered for years on their own. Many are servicemen and despite the great work of Help for Heroes & Combat Stress it is still not easy for those needing help to get it? Is this just my dealings with a struggling resources?

Trying to get the correct help is difficult and trying to get help through a hugely overworked NHS can be extremely hard. Mental Health is hugely under-sourced  due to the huge need of those who want help. At one point I waited for 9 months to get an appointment with a Psychiatrist a  few years ago. I was lucky and I coped and am much better but what an awful journey! On my leaving medical with the RAF in 2007 I was asked how could I have PTSD as I was a Caterer by trade? I walked off in disgust this was not what I needed.

It is sad to see that mental illness is the biggest killer of males in Scotland of a certain age. Maybe it is because we Scots especially the males find it hard to talk about our demons!

We have a duty to each other to look after those we love and care for and If we see friends struggle we must to speak to them and get them help! This is not easy and hard to do and many suffer in silence. It’s to late at a funeral to be sad over the loss of a troubled pal a trusted friend yet we missed the signs! We get so close on Rescues or the companionship of the rope on a climb or on a long expedition, yet how often have we missed our pal in trouble but what do we say and how do we say it?
Life in a Rescue Agency  gives you many challenges, many of us who read this blog may have spent so much time looking for people and trying to help those we do not even know on the mountains and wild places  who are in trouble. Yet at times we miss those who we think are the toughest of men and women who suffer in silence until it’s too late? Our own people.

As I write this it is great to see the Scottish Mountain Rescue is running a TRIM course at Glenmore Lodge this weekend! This helps highlight the problems of PTSD for future generations who hopefully have learned from our mistakes in the past!

Things are getting better slowly.

If you have problems go to your local doctor or for the Military ” Combat Stress and “Help for Heros “and there to help as are many other Agencies for my many civilian friends. I would appreciate please could you send me details of any other organisations as I often get asked for advice. There is lots of information on line! 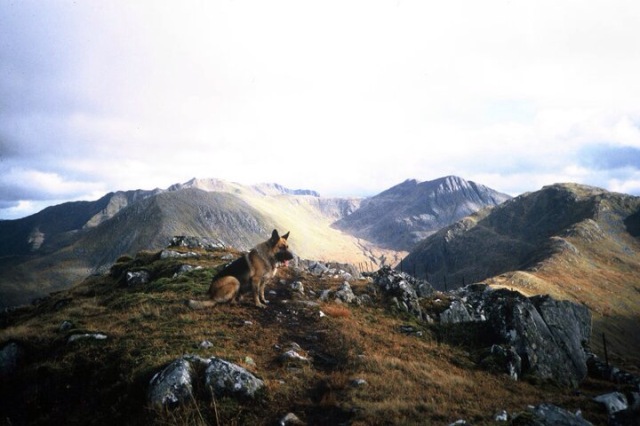 PTSD –  that has been left untreated for a number of years or decades will require more intensive treatment. There are still positive health outcomes for sufferers, and the potential for a life beyond symptoms, but seeking suitable, timely treatment is key to maximising the chances of recovery. If PTSD is diagnosed early and the sufferer receives the right treatment in the right environment, rates of recovery are very positive. Veterans can live normal fulfilling lives, able to work with the condition and generally become symptom free for long periods.

There is a risk of delayed-onset of PTSD, where symptoms do not occur for years or decades after the traumatic event. Veterans who present with delayed-onset PTSD have often been exposed to the effects of multiple traumas over a longer period of time. This suggests that those who serve multiple tours are more at risk of developing PTSD several years after leaving the Military.

This does not just effect the military many Rescue Agencies have similar problems !

A look at this book on PTSD.

I have now read the above book by Professor Gordon Turnbull a RAF psychiatrist, now a World authority on Post Traumatic Stress Disorder (PTSD) who assisted the RAF Mountain Rescue Teams after the Lockerbie disaster in December 1988. I must admit I was pretty shocked when I read in a paper this book had been published.

I was mentioned right at the beginning of the book and the paper as I had requested psychiatrist assistance for the RAF Teams after Lockerbie. The RAF and civilian ,mountain Rescue Teams where heavily involved in Lockerbie and though my experience was pretty varied at this time after 20 years of Mountain Rescue, this was a very different and traumatic experience. Gordon writes the story pretty well, but I feel if he had spoken to those involved a bit more he may have got a better overall view of how it effected many of the people who were there to this day. At the time I was criticized by some senior team members, as they felt help was not needed. Most who criticized were not there and this was a unique event, which was way out of anything I had experienced. Gordon gives credit the RAF MR for the way they dealt with the aftermath but he gives the St Athan Mountain Rescue team a hard time on how they dealt with his team during the debriefing after Lockerbie. I feel if he had spoken to those involved he may have understood why a bit better. You must remember they were there at Lockerbie and saw things that one will never forget. In all I am glad that the book has been written and would advise those involved in Rescue to have a read. A few of my team, still struggle with the aftermath of Lockerbie including myself. I am glad that PTSD is now recognised and hope this helps the Rescue Agencies,civilian teams and Dog handlers, some who still suffer badly from the effects of Lockerbie.

Take care and let’s look after each other!

Since this was written I have over 10 folks contact me thanks its appreciated and hopefully some will find help. I did a trip to America as part of the Cycle Ride to Syracuse in memory of those who died at Lockerbie a few years ago. It was hard for me and the small team to meet so many relatives, I found this extremely cathartic and its was incredible meeting so many folk and telling our small part in the tragedy. I also regularly meet folk of whom I was part of the recovery of their loved ones in the mountains. Again this is hard to do but does help me cope.

“As always your frank and honest writing about PTSD and it’s effects on military personnel , rescue and emergency services can only help those struggling with their lives. Lives in the aftermath of trauma, lives dedicated to the service of others and lives that have been involved in heroic actions.

Help is out there and that help can transform lives and reduce or negate the effects of PTSD. All GP’s should be able to refer to CBT and EMDR practitioners available on the NHS and these techniques really do work when practiced by empathetic and caring practitioners.

I would urge any of your readers to never give up on seeking help and to be brave in being part of a movement to remove the stigma of mental health in those who have dedicated their lives to the service of others. It is only right that you should receive the help that you need to heal the psychological wounds which left unresolved will determine your quality of life for the rest of your life.”

” yet its the elephant in the room….any psychologist will tell you that those most vociferous in denial are often those worst affected…authorities both civil and military are only now beginning to recognise it…..as for “treatment”, its a matter of trust…in both organisations it doesn’t really exist as people affected have an innate fear of it affecting their careers…..being more subjective about it, i am glad i have paid privately to address it, worth every penny and although theirs no miracle cures, its a sure way to at least begin to function and rationalise….good article though, and cuts through the macho nonsense.”

Top Tips – Its okay to talk

Who looks after the leader

Who helps the families of those involved.?

15 Responses to Looking after each other and dealing with Post Traumatic Stress Disorder and mental Illness!