Storm Doris a lecture and a long drive .

Posted on February 24, 2017 by heavywhalley.MBE

Yesterday was full on. I was down staying with friends in Musselburgh for a lecture in Edinburgh! Storm Doris was in action in the morning and the hills near Edinburgh had lots of snow! Add to that heavy rain and it was a full on day! 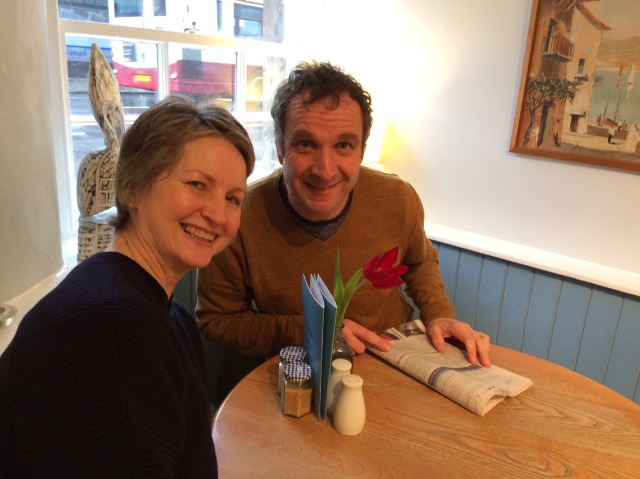 My pals Kenny & Elaine who looked after me!  Great to see them and made my day! Kenny is just finishing his PhD and along with Elaine were great company! I was the best man at their wedding and it was so great to see them both. Kenny was on RAF MR with me and an example Team Leader great pal over many years and with Elaine made my short stay so much fun! The dog Meggy and cat Dora accepted me as well Dora hiding under my bed last night! It was amazing how much snow had fallen as I drove in the morning to the conference Centre and it was right down away from the coast. The radio was saying there was mayhem in the Central Belt due to the snow !

My chat was in the RBS Conference   Centre and I was on after lunch. It seemed to go well? It was “leadership in a crisis” and it was a fair audience ! Interesting folk and other chats.

Please note that I was doing this lecture for the non for profit Charity and there was no fee! I will hopefully get my petrol and these lectures take a lot of work over a week for 45 min ! So sorry I am not a millionaire, far from it !

I had a short break then it was a long drive South in the Storm and so many road works! Is the whole of the Uk roads getting fixed? 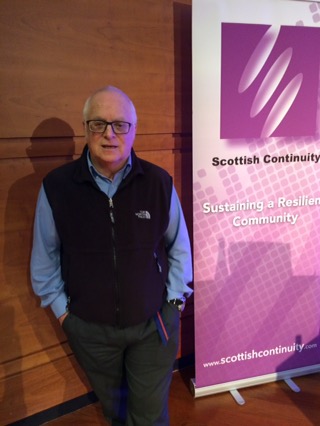 It was a 7 hour drive through natures weather listening to all the reports but the roads apart from the constant road works were fine ! I stopped three times and even had my first burger for years.it was great to get out and stretch the legs for a bit! On the last hour of the trip the rural roads of the mad motorway had lots of branches and debris about after the big winds in the South and the kids were sent home early from the school! I had been warned about them though!

I arrived at my stepdaughters Yvette  not too late had a beer a chat. Hopefully it is a sleep then to wake up with Lexi & Ellie Skye crashing into the room before school! That will make it all worth it! Then a great weekend with special people!

Thanks for the comments after the lecture and it was an interesting day to say the least!
A busy day or not ?

I see there is a few warnings about the hills after the big winds and dumps of snow ! Winter is back on Scotland but be careful!

Mountain Rescue Specialist. Environmentalist. Spent 37 years with RAF Mountain Rescue and 3 years with a civilian Team . Still an active Mountaineer when body slows, loves the wild places.
View all posts by heavywhalley.MBE →
This entry was posted in Mountaineering. Bookmark the permalink.

3 Responses to Storm Doris a lecture and a long drive .