Heading to Lochnagar still  a hill of memories?

It’s an early start as I have a 2 and a half hour journey to Lochnagar to hopefully meet Hazel Strachan who will complete 100 Munros in June ( despite the weather) for Mountain Rescue. Well done Hazel what a great effort.  The forecast is not great but it will be good to get out again with wind and rain forecast. We are meeting at 0930 in the car park but as I am still coughing I will leave earlier as I need some time on my own on the way up past the great cliffs. 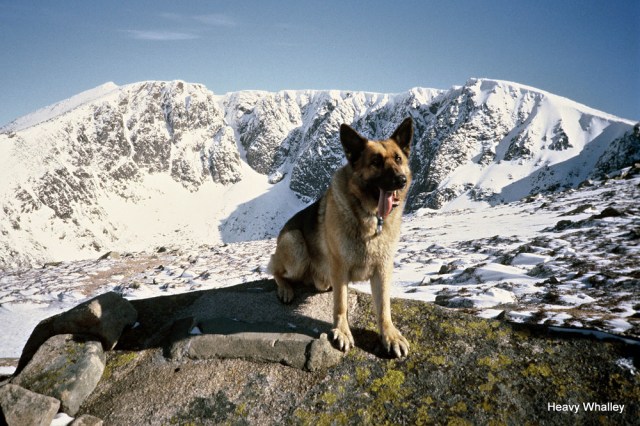 This is a superb Mountain and the view of the huge cliffs and the lochan below are special. I had several epics here and some wild flights in by helicopter in the past. We always got battered by the wind here and had some crazy winter days. With a strong wind this can be a fearsome place. I had a big scare in the late 70,s after an ascent of Raeburns Gully where the weather was so bad we could not get the gear off harness etc as it had frozen on until we reached our bothy at Crathie! It was one of the hardest days ever and we had a fight to get of that hill. In the early 80’s I was avalanched nearly down to the loch when two climbers brought a cornice down by walking over it as we descended from a wild day on Black Spout Buttress.

Lochnagar is a mountain that as you can see I spent a lot of time on climbing mainly in winter with the RAF Mountain Rescue Teams we had some marvellous days in the past. Sadly I lost two of my best pals who fell winter climbing on Parrallel B Gully in I have done many of the great routes, Eagles Ridge, Polythemus Gully, Douglas Gibson, Parallel A , Reaburns and many more. Each one a special day I have enjoyed rock climbing and walking so much here and the coire is such a place of real atmosphere with its dark loch. It is also a place of tragedy where my best friend Mark Sinclair (Cheeky)was killed over 20 years ago with Neil Main on Parallel B a classic ice – climb. The next week another friend Paul Williams who was at the funeral was killed in the Peak district it was a black period for me and took years to get over. I had to take several months off Rescues as I could not face another tragedy. Life has moved on since then but I still and the families feel the loss of such great, talented people. There is a huge loss personally but nothing as it is to the families who always have to live with the consequences of a life the mountains. I will never forget the help given by the Braemar Mountain Rescue Team on that sad day and afterwards. At the receiving end of a tragedy it made my loss a bit easier surrounded by friends. 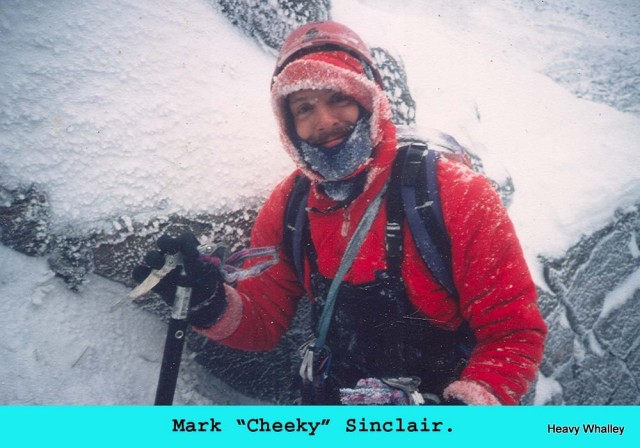 So it will be a day of memories and thoughts for me and hopefully I will manage the day out to this special place and great to meet Hazel and share her great effort of 100 Munros in June for Mountain Rescue. Please see her Just giving website.

3 Responses to Heading to Lochnagar still  a hill of memories?