Made it to Washington USA – on the first part of our incredible journey to Syracuse.

We are now in the USA after a 24 hour journey . Incredible to leave Edinburgh and get a few photos before we left. Thank you Ramsay Jones.

We have the wonderful sight of Mark Beaumonts round the World record breaking bike to look at in the Airport what a man and a machine. It is amazing that Scotland has two world record holders. In cycling Mark and Jenny Graham.

shepherds Crook with us made by the “Shed” in Lockerbie. It was made from wood from Tundergarth where some the iconic photos of the Lockerbie tragedy were taken. It like us is on a journey to Syracuse from the people of Lockerbie and is a gift for Syracuse. Paul Rae is the custodian and what love and care he is giving it. It is in a big box so gets lots of looks.

The Shepherds Crook getting ready to travel with us after being checked in. 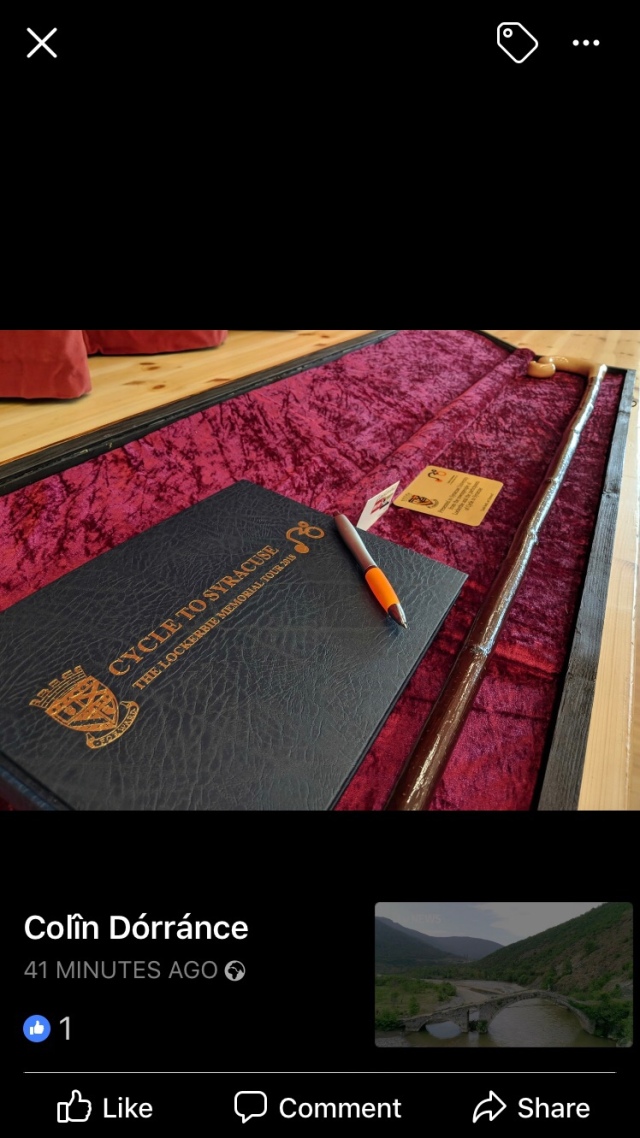 The flight to Heathrow was great and a bit of a dash to connect with our flight to Dulles but that went well. British Airways looked after us the crew were superb and even produced champagne for the team. 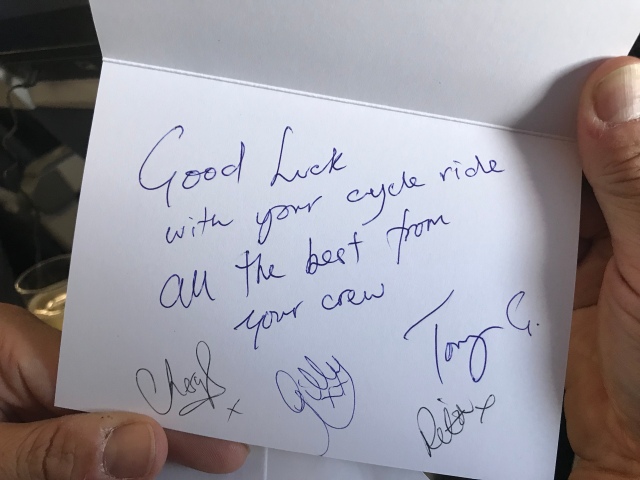 It was a busy 7 hour plus flight and with the early start at 0400 it was a long day! I never enjoy flying but as we headed out to sea one cannot help but think of why we are here.

The massiveness of what we are going to do is so amazing and so many will be touched by this journey. What a privilege it is to be here. As we landed at the airport the weather was superb and the view over Canada and the coast wonderful.

Customs and immigration was fine and we now waited for Judith Colin’s wife to come through as she was on another plane. Judith is helping us at our own expense with the cycle . Eventually we arrived at the hire car and then a drive in the rush hour in Washington.

It had been a long day we had some food and then we had been up for 24 hours it was then bed.

What a busy day . Now we have to get the bikes and then two days including a visiting the Ambassador in Washington.

Our first cycle is on Friday . Lots to do and the adventure has started. Now let’s catch up with sleep.