The Corbett’s are they harder than the Munro’s? What are your favourite ones?

There are 222 summits classified as Corbetts, and they are named after John Rooke Corbett, who originally listed them. Corbett joined the Scottish Mountaineering Club in 1923 and, in 1930, became the fourth person, and first Englishman, to complete the Munros.

Those who climb all 222 peaks are termed Corbetteers. John Rooke Corbett was the first person known to have climbed all the 2,500 foot peaks on his list. However in contrast to the numbers completing the Munros, the total number of people who have registered as completing the Corbetts is only in the hundreds. Completions are recorded with the Scottish Mountaineering Club.

To me it took many years to appreciate them. I think it was just being daft and influenced by others as you are at the time.

As I near my completion there is still no rush I have learned so much since my first Corbett in Arran on Goatfell aged 4.

Since I started mountaineering I was chasing Munro’s, rock and ice climbing and taking part in Expeditions all over the world yet over the years the Corbett’s have given me so much enjoyment.

To me they are still like the Munro’s were in my early days pathless and you did not meet many folk. Many are still pathless and take a lot of effort and are impressive mountains in any weather.

It’s amazing how many of my pals who are now on the mission to climb them. Many are experienced Mountaineers yet many say these Corbett’s can be and are harder than the Munro’s ?

I must admit I have been amazed by them. I thought I knew Scotland but the Corbett’s really open your eyes to the mountains. You visited different areas see different things from there summits and ridges.

Despite doing the Munro’s and tops several times and 4 traverses of Scotland the views from some Corbett’s are unsurpassed.

You see the Munro’s from another angle and the huge Glens and parts of this wild country that you missed in the past.

I loved my trips to the Islands Rum,Jura and Clisham on Harris. Add into this the wonders of exploring places like Ardgour and it’s hard won Summits.

I was so lucky to climb a few by boat in my days with the RAF Rescue team. Fun trips to Rum and other Islands made the journey so memorable.

We had a few Corbetters in the RAF Kinloss Team and we had a ditty as some of us thought in these days they were easy hills. A easy day out how wrong we were.

We are the Kinloss Corbetter’s “

My apologises to all.

Now I understand after 60 years how daft were we. I look back on my trips to wild areas like Knoydart , Fisherfield and so many others than involve a big hard days. Bikes were also used a lot with a few miles of pushing at times but on the way back home it was fun.

I have memories of camping high on Beinn Lair and other hills after 4 months on Everest I was so happy back home on my hills. I have also done a fair few Corbett’s from far flung bothies. This all adds to the mystery and allure of these hills.

Yet some are ideal for a short day when travelling and lots of journeys in the car have been broken by a quick Corbett. Feeling refreshed after even a short day on the hill when travelling South to England. Hills like Ben Vrackie near Pitlochry, the Sow of Atholl and Morrone near Braemar. They all help make a short day out there are many more.

Some are ideal for taking kids on like my local Corbett Ben Rinnes there are many more for an introduction to the hills. Recovering from an illness or after bad news many of these hills were a great comfort. Many I climbed on my own ( always leaving a note) A few shocked me with the navigation in poor weather especially in winter. Some of the summits can be scrambled to or climbed on recognises routes that few apart from the Cobbler will you meet anyone. I climbed Fionaven always by a rock climb in the 70’s over 6 ascents in the remote Coire and always did the full ridge carrying all my gear.

There are memories of the great Galloway hills with their magical names that also allured me as a boy. Big walks with big bags on my Duke of Edinburgh Award.

I try to climb them nowadays in good weather to get the view. Nowadays there is no rush , no time limit for me especially in the summer. I want to see the view look back into my memory and when out on these hills I feel alive and young after a long trudge to a summit.

These hills have been so good to me and given me so much.

We have to look after them treat them with respect and watch nature all around us. I now see Windfarms and Estate roads even from the remote summits a sign of progress?

I have not mentioned Assynt and it’s incredible peaks with the lochs, the sea and the mountains a special place to me.

Some of my favourite hills in no order:

There are many other hills in the book many are not Corbett’s but show you some of Scotland’s great mountains. They maybe small in stature but big in heart.

This is the words I love about these hills.

“Glaciers, grinding West, gouged out
these valleys, rasping the brown sandstone,
and left, on the hard rock below –
the ruffled foreland –
this frieze of mountains, filed
on the blue air –
Stac Polly,

Extract from “A Man in Assynt” Norman MacCaig.

These books below will open your eyes to these magical hills. Hamish Brown to me is a genius his books are a Bible to me. He has inspired me with so many interesting facts about the history and culture of these unique mountains. I never tire of reading it. 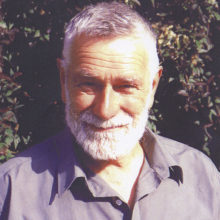 Hamish Brown is a legendary climber, walker, traveller and author. He is the author and editor of many books, including Tom Weir, an anthology of work selected from throughout the great man’s life…

In 2009 fell-runner, Manny Gorman set out to complete a continuous traverse of the Scottish Corbetts on foot, bike and sail. At the time the run was followed avidly by many on Walkhighlands and the riveting read he has produced distills the epic 70 day challenge into a very readable book that will appeal to anyone interested in the Scottish hills or crazy human endeavours.

A cracking read well worth it. Manny book is an inspiring read.

The author details the 222 Corbetts which exist in Scotland. These hills between 2500 and 2999 feet high are amongst the most popular and accessible since they are often a good afternoon’s exercise as opposed to the generally more testing and trying Munros which are frequently situated in more extreme terrain.

As always comments welcome. Here are some :

Great piece Heavy. Suilven and Fuar Tholl hold particular significance to me as they were both pivotal hill days that assisted in health recovery.🙂

“good luck on your corbett round Heavy, I decided to do all 3 categories at the same time and the rough pathless nature of the corbetts and grahams and lack of opportunity to do multi summit days make them hard. But in the winter I guess the Munros are usually harder. due to the higher altitude and higher likelihood of snow wading and more technical winter challenges and dangers”

David Whalley. “You need to do the Corbett tops”

“Yes…….and then there’s the Grahams🤔”

Robin Clothier they have been rebranded as Simms now………Corbett Tops are no more.”

4 Responses to The Corbett’s are they harder than the Munro’s? What are your favourite ones?