Meall a’ Bhuachaille another wee gem of a hill. 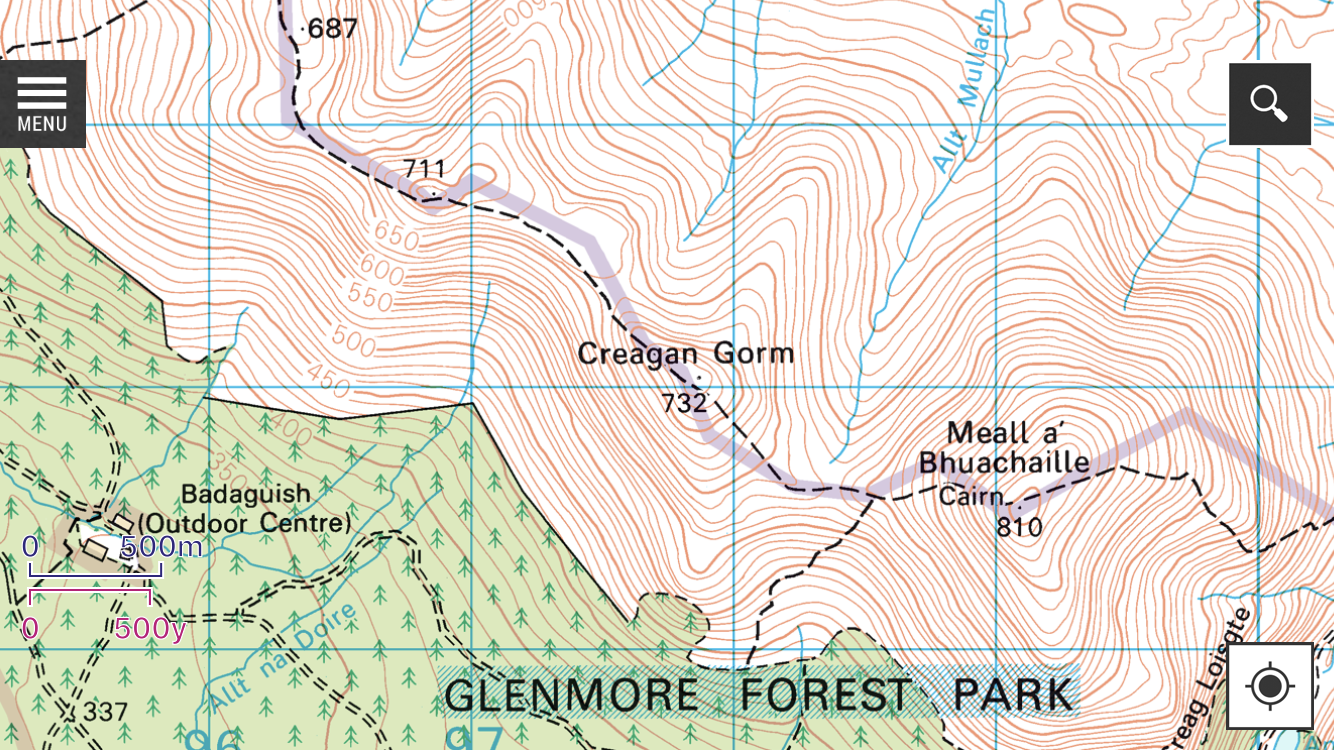 Yesterday we wanted to get out and myself Babs and Derrick(Yeni) decided that in separate cars to drive to Glenmore for one of the best short days in the Cairngorms. It’s a popular wee hill with big views.

The views on a good day are incredible. As we had a combined age of 210 years this was a perfect way to get out again after lockdown. There were not many cars about and we parked just off the main road at Glenmore. Walking past Glenmore lodge all shut down was very strange!

The track to the familiar Green Lochan was quiet and as always we stop here. there were a few bikers out. It’s so stunning with the colour and the trees in the Loch looking like prehistoric monsters. There is a bench with some great words on it I always break off and enjoy this place. The smells of the forest, the wild flowers and the sounds of the birds made Babs remind us how much she and we all love the Cairngorms.

We had a stop at Ryvoan bothy but checked it out 2 dirty pans were left ( the bothy was supposed to be shut due to the virus) There were a couple of small groups ahead as we wandered up the path steep in places to the summit. It was hot on the way up, we stopped and enjoyed the views.

Derrick was going well after various operations and loving being out his jokes got worse the higher we went.

The views of Bynack More and the Cairngorms are always stunning and they were clear. We had a good chat about things: Rubbish left on the hill yet this wee hill was very clean. Why do folk do it .

My thoughts :Are they used to going to festivals and leaving all their crap behind? The phrase it will be recycled by others who clear up surely we need to educate folk or am I losing the plot here? There is so much going on just now with the virus that the open spaces mean so much to so many? I cannot understand it?

Is it because the camping sites are closed just now? It was sad to see Glenmore campsite empty and ghost-like?

Has the term “Wild camping” been misunderstood that you have to take your rubbish home!

Unusually we saw a small convoy of cars pass the bothy on the track from our viewpoint. There were also lots more wild flowers and plenty of “Cuckoo spit”, we had a discussion of what it is !

“The ‘spit’ is actually a protective bubble wrapping for a small insect, called a froghopper, which sucks the plant sap and distorts the young growth of flowering plants, such as chrysanthemum, geum, rosemary and solidago. It protects the insect from attack by predators and stops it from drying out.”

So there you are!

As we approached the summit we met Lennie who is in the Moray Club with his mate. Round the cairn we heard laughing and met some of the Old Brigade of the Cairngorm Team including the recently retired Team leader Willie Anderson. We had a great catch up laughing at our ages . It was great to see them all and made my day.

After some food and tales of “daring do” we headed right along the ridge it was a bit wet in places but each top had the most incredible views. I had forgot how grand a hill this is. To me it never disappoints and It’s well worth the effort and gets the heart going. As we left three kids were running up to the main summit. It was great to see them out in the wilds full of energy and laughing. This is what the mountains are all about. We all felt so pleased about our day.

Today was nothing to shout about on Mountaineering terms but what a great day it is better than any drug or pills.

It may be a struggle as you age but the effort is so worth it.

It was then a muddy descent path to the forest and a walk back to the car. It was raining but warm and we were all going well. We walked past so many Cloud berry plants some in fruit out of the wind and in the sun. It’s amazing add to that the heather in bloom. What a grand wee hill. The path is big now well scarred it’s a popular walk despite the other great hills nearby but so worth a visit.

Rubus chamaemorus is a species of flowering plant in the rose family Rosaceae, native to cool temperate regions, alpine and arctic tundra and boreal forest. This herbaceous perennial produces amber-colored edible fruit similar to the blackberry.

It’s was a change of wet clothes and then a drive home. The Dava moor and all the “bog cotton” looking great in the sun as we headed back to the Coast. Another great day and getting a wee bit fitter and a few more plans for the future.

Oh it’s so good to be back and smell and see these wild places,how much we missed them?

The flower above is Heath Bedstraw (Gallium saxatile). Thanks Tom Mac.

1 Response to Meall a’ Bhuachaille another wee gem of a hill.